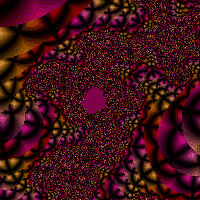 hey does anyone have advice on where to start constructing the vocabulary of a language?
#conlang #conlanging #conlanger

no experienced advice but only my personal opinion:

- easy way is to use a generator. but you'll miss out on all the stuff from below if you do. IMO it will sound more language-like if you don't.

- if you haven't, read on sound symbolism (aka ideophones, phonosemantics phonaesthetics). will give you ideas. English happens to be a language with fascinating examples of it, but like a good conlanger do look at a few other examples too they're fun

- have not just your phonetics and phonology but phonotactics worked out, doesn't need to be a final system do change and revise, but it needs to be a system.

- make random babbling syllables with the phonotactics. collect a lot of them, just have fun with it. then later/another day/whenever you want, go back and decide intuitively what the words sound like they want to be.

- I don't like the idea of translating "basic vocabulary" lists too much cos this will lock you in the mindset of the source language, but very basic lists like Swadesh can be a first step out of a blank. (but even with Swadesh, play with it, like "water" is an English-specific concept, Japanese partitions "water" into 2 roots, mizu is cold water and yu is hot water, some other lang might use 1 root for ice-water-steam etc.)

- vocab has a very skewed (Zipf) distribution, a handful of words come up all the time and the vast majority very rarely. rather than translating vocab lists, the way to grow this organically is to think of things you want to say, then make example sentences. the words that come up most often will, statistically, be among the first ones you'll have to make up.

- some approximate universals: frequent words are shorter (language has compression); but not as short as possible, homophones and near-homophones are tolerated but not freely, not every single syllable is a word, or it would be hard to understand (language has error handling); also when there's a polite/rough distinction the polite is longer (more effort = more respect). implementing common trends like this makes your language feel languagey; defying them on purpose can make they feel alien or interestingly different.

- multiply! deliberately make roots and affixes and derivational morphology, now you have thousands of combinations it's how natlangs do it. browse Tolkien's "Etymologies" for a great example of it in action.